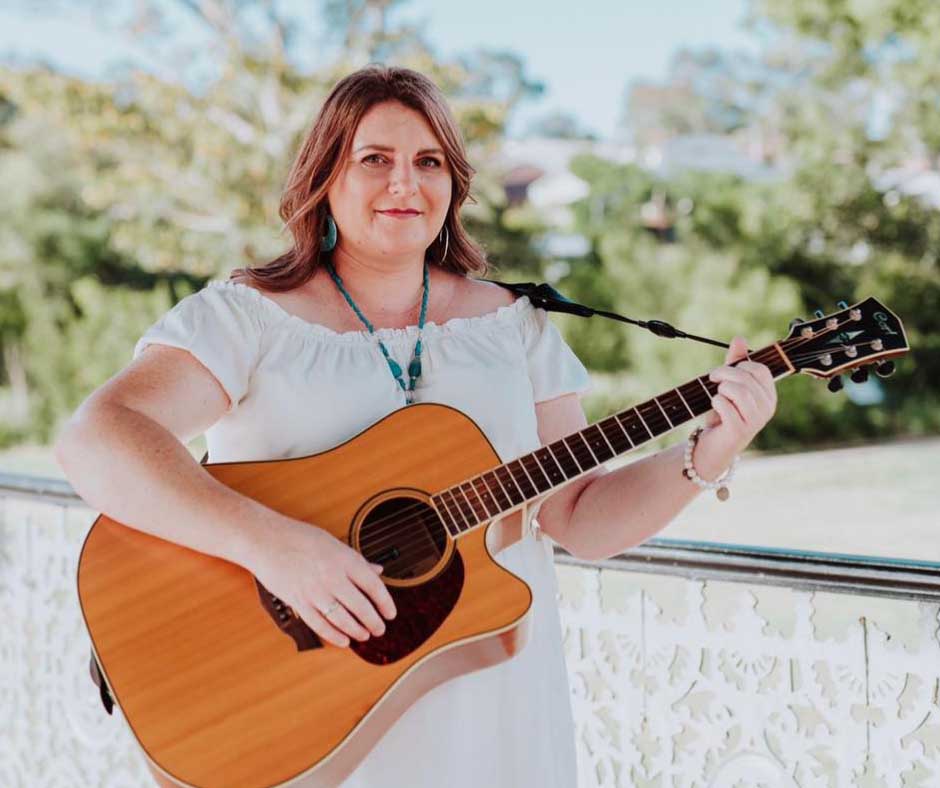 Sandy Louise’s new album Blue Skies Open Eyes was released October 24, 2020. It features 11 original songs including a co-write with Georgina Grimshaw.
This album was recorded and produced by Bill Chambers and features Sandys and Bills musical talents on every track. Michael Sparrow and Georgina Grimshaw also feature back up vocals and this album was mastered by Jeff McCormack.

Sandy has drawn her inspiration for this album from life, her own along with observations of those around her. It truly highlights her journey as a songwriter and musician and she has certainly found a solid sound and unique style in the country genre. Sandy will be performing all tracks from this new album accompanied with a band.

Her support artists Mackenzie Lee and Trinity Woodhouse are both local musicians from the Hunter region. They are talented songwriters and musicians and will certainly captivate you with their music.